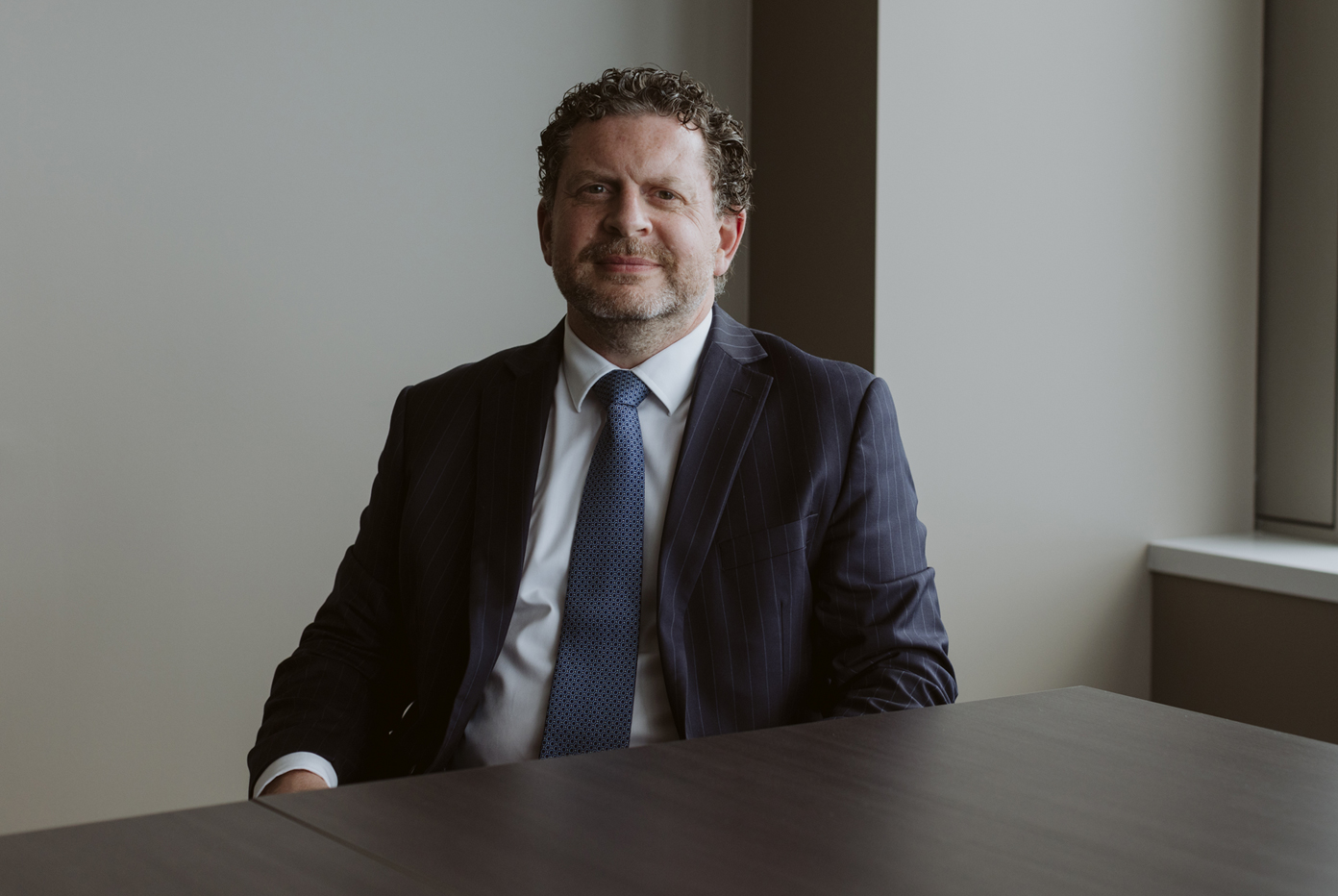 Sean McAnally has in depth knowledge of procedure, is experienced in courts at all levels and is known for his determined advocacy, concise and dependable opinions and thorough planning and preparation. He regularly appears in the High Court and Court of Appeal of New Zealand, and of the Cook Islands, and recently appeared before the Judicial Committee of the Privy Council.

Sean’s legal career commenced in 1998 as a Judges’ Clerk at the High Court at Wellington where he assisted High Court Judges with research and opinions.

He then worked for a year in the Cook Islands where, in criminal matters, Sean conducted judge alone and jury trials for clients accused of crimes from burglary to rape. Sean’s understanding of and experience in the intricacies of the laws of evidence stem from his criminal practice.

Returning to New Zealand in 2001, Sean joined Keegan Alexander and became a partner in that firm in 2009 where he remained until 2022. In his 20 years with Keegan Alexander Sean’s civil experience widened and he quickly developed an insolvency practice that saw him acting for the liquidators of Five Star Finance Limited, the receivers of David Henderson’s wine company, Anthem Holdings Limited, and the trustees charged with the dissolution of Kiwi Deposit Building Society, the only contentious dissolution of an insolvent building society in New Zealand, that has spanned 10 years and at least eight different jurisdictions. Within the dissolution numerous questions as to the status of creditor funds and bare trust arrangements have arisen as well as several cases of breach of trust and dishonest assistance in those breaches.

Out of Sean’s insolvency practice he has developed a deep understanding of corporate structures and the Companies Act 1993 that has enabled him to effectively represent company shareholders and directors embroiled in conflict, be that involving breach of directors’ duties, differences between shareholders, prejudiced minorities or compliance with regulatory requirements. One of those cases raised the question of lawful act duress that has, since, been cited by the Supreme Court of the United Kingdom.
‍

Sean has been involved in many relationship property cases including one that, albeit subject to the Matrimonial Property Act 1976, required final determination by the Privy Council where the ultimate issue was whether a tax debt is enforceable in the Cook Islands which, constitutionally, forms part of the realm of New Zealand. The Judicial Committee split 4:1 on the question. That same case has been reported in New Zealand and the United Kingdom and been the subject of significant commentary throughout the Commonwealth, particularly in terms of its treatment of trusts.

Sean says that, quite possibly, the case he is most proud of is one that involved a gross violation of a young woman’s privacy. While there was no recovery – the unsuccessful defendant was impecunious – the visible recovery of the client’s self-esteem as the case progressed, and her rights acknowledged and vindicated, more than justified the time and energy expended.

His knowledge of civil procedure is extensive. Sean has been a contributing author to Thomson Reuters’ Civil Procedure: District Court and Tribunals for many years and has presented seminars for the New Zealand Law Society on the recovery of costs in civil litigation.
‍
Sean maintains a current practising certificate in the Cook Islands and is familiar with its constitution, the Cook Islands Act 1915 and the legal and political context of that country having lived and worked there. He has also appeared in the Supreme Court of Vanuatu.

In addition, Sean has written for various publications, including the New Zealand Law Journal, on topics such as statutory interpretation, litigation funding, guarantees and evidence.